Princeton and Digby are one of my favorite detective duos. If you are a Sherlock Holmes fan, a White Collar fan, or a Veronica Mars fan this is a series worth checking out. Trust me. (Series featured here and here.) 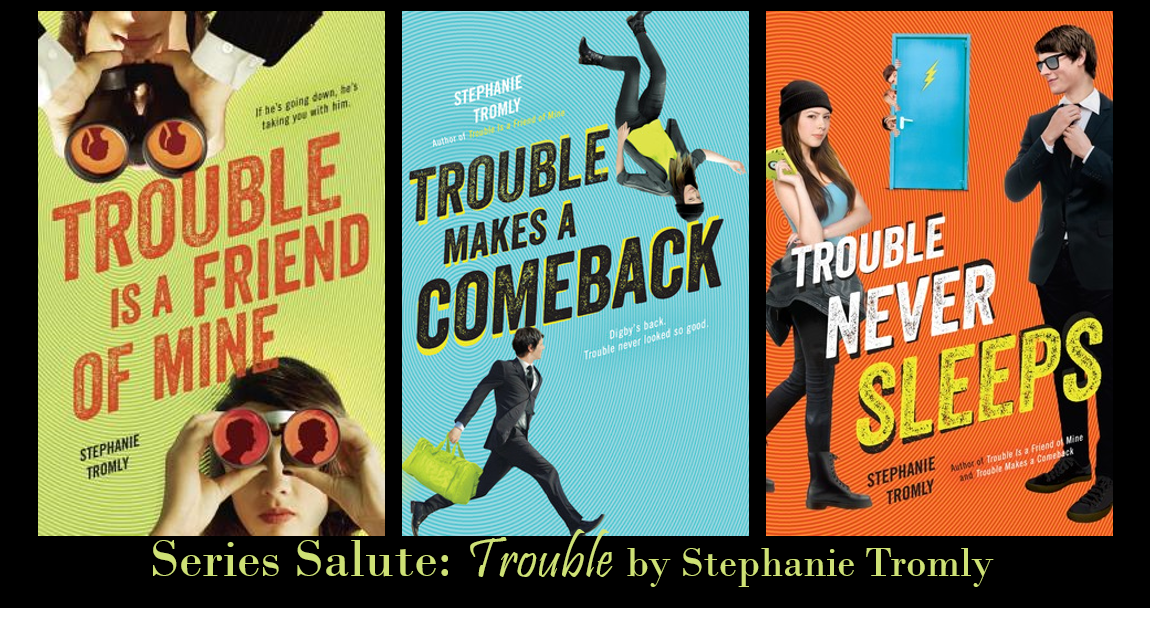 
Zoe Webster is new to town and pretty sure she doesn't want to be there. In fact, she's already got one foot out the door thanks to her father's plans to get her into a prestigious school in New York City. When Philip Digby shows up at her front door because he needs a place to set up surveillance on the house across the street, she can't stand him, especially when he starts calling her Princeton. Yet somehow he reels her in and soon she's helping him uncover the whereabouts of a missing local girl. One mystery leads to another and another and another. Digby and Princeton are on the case.

Digby is the perfect teenage Sherlock Holmes. He's whip-smart, acerbic, and a bit of a misfit. Zoe plays the Watson half of the equation. She keeps Digby grounded, can almost out-snark him, and, as much as he might not admit it, there's no way he could survive without her.


1. The Snark:
I knew I was going to like this series from the very beginning. How could I resist this opening line: "Of course I didn't like Digby when I first met him. No one does."?

2. Princeton and Digby:
Zoe and Digby's interactions are the best. I am a sucker for smart, snappy dialog, and Ms. Tromly really delivers. Every scene with Zoe and Digby in it is such a treat. I'd read about them doing laundry together. They are that entertaining.

3. The Humor:
I don't often laugh out loud when reading. But these books? They get me every time.

4. The Usual Shenanigans:
Digby shows up, convinces Zoe to go sleuthing with him, they get in some scrape, narrowly escape, and then repeat the process all over again.

5. The Crew
I love the side characters in Zoe and Digby's little gang of misfits. These books wouldn't be the same without the crew and Olympio's. Felix Fong is particularly entertaining.

7.  The Schemes:
Digby has a nose for trouble, and his own moral code. He's motivations are usually above board, but he is not at all opposed to breaking the law to get to the truth or help out a friend. This means a lot of scheming.

8. The Sexual Tension:
Zoe and Digby. They belong together, but there is this whole "will they? won't they?" aspect of this series that keeps the reader hanging.

9. The Mysteries:
The mysteries in these books build on one another. Digby's overarching goal is to find his missing sister, but those pieces come together slowly with a bunch of other fun and dangerous mysteries layered on top.
Posted by JoLee at 7:00 AM