For the past couple of years the sequels to Illuminae have been at the very top of my most-anticipated lists. There's something so satisfying about reading a highly-anticipated book that surpasses your every expectation, and that's exactly what these books did. It's hard to say goodbye to this series. 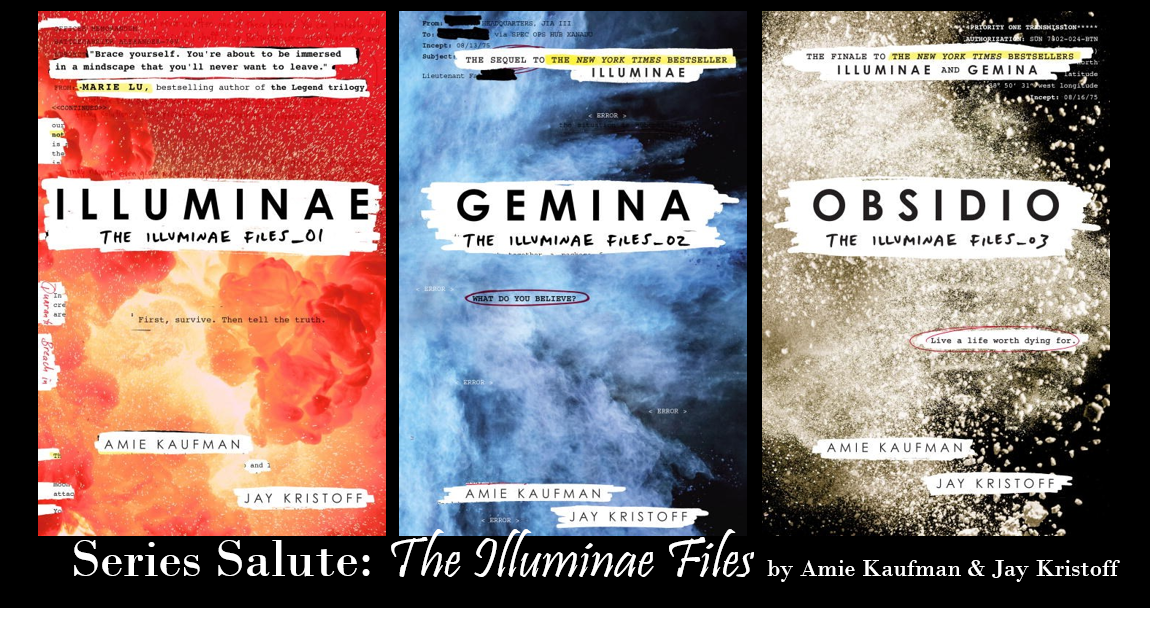 
The year is 2575 and Kady and Ezra live on a planet where an illegal mining operation is underway. A rival corporation invades the planet and amidst the massacre thousands escape on the three spaceships that responded to the distress signals. The harrowing escape to the evacuation ship is just the beginning of the problems. The Illumine Files are a dossier put together to take down BeiTech.

Why We Love Them


1. The Format
The style of these novels is very compelling. The story is told through a collection of interviews, secret documents, instant messages, emails, surveillance footage, and diagrams. That might not sound engaging, but, trust us, it is.

2. The Audiobook
The audiobook versions of these novels are masterful. Listening to them is a complete experience.  Told with a full cast, music, and special effects, the audiobooks are so much fun.

4. The Ensemble Cast
A good ensemble cast is a rarity in a novel, but this series does the ensemble thing so well. By the end of the series we have eights characters sharing the spotlight, and I loved every single one of the them.

5. AIDAN
You guys. I am a little obsessed with AIDAN, the sentient AI that is a key component of so many of the Illuminae Group's plans. AIDAN's narration is the most lyrical of the group, and I just love all the contradictions that are bundled up into that AI.

6. Excellent Pacing
Am I the only who gets bogged down in battle scenes? There's plenty of fighting in this series, but I definitely did not have that problem. The pacing is excellent with plenty of action but also quieter moments and periods of reflection.

7. The World Building
The world that Amie Kaufman and Jay Kristoff created is complex and well-constructed. I really like how they grapple with compelling moral issues in this sci-fi action thriller.

8. Genre-bending Element
I don't want to give too much away with this one. Let's just say that there are plenty of surprises in these books, and you might not want to read them with the lights off.

9. Series Growth
The growth from book to book in this series is impressive. Each novel adds two or three new main characters. The plot was intricate from the beginning, and yet each book only became more sophisticated.