Last year for Pride Month, I put together a post of some of my favorite YA books that feature LGBTQIA+ characters. This year I decided I wanted to feature books that came out this spring. The majority of these are debuts, as well. Have you read any of these books? What new 2020 releases with LGBTQIA+ themes do you have on your reading list? 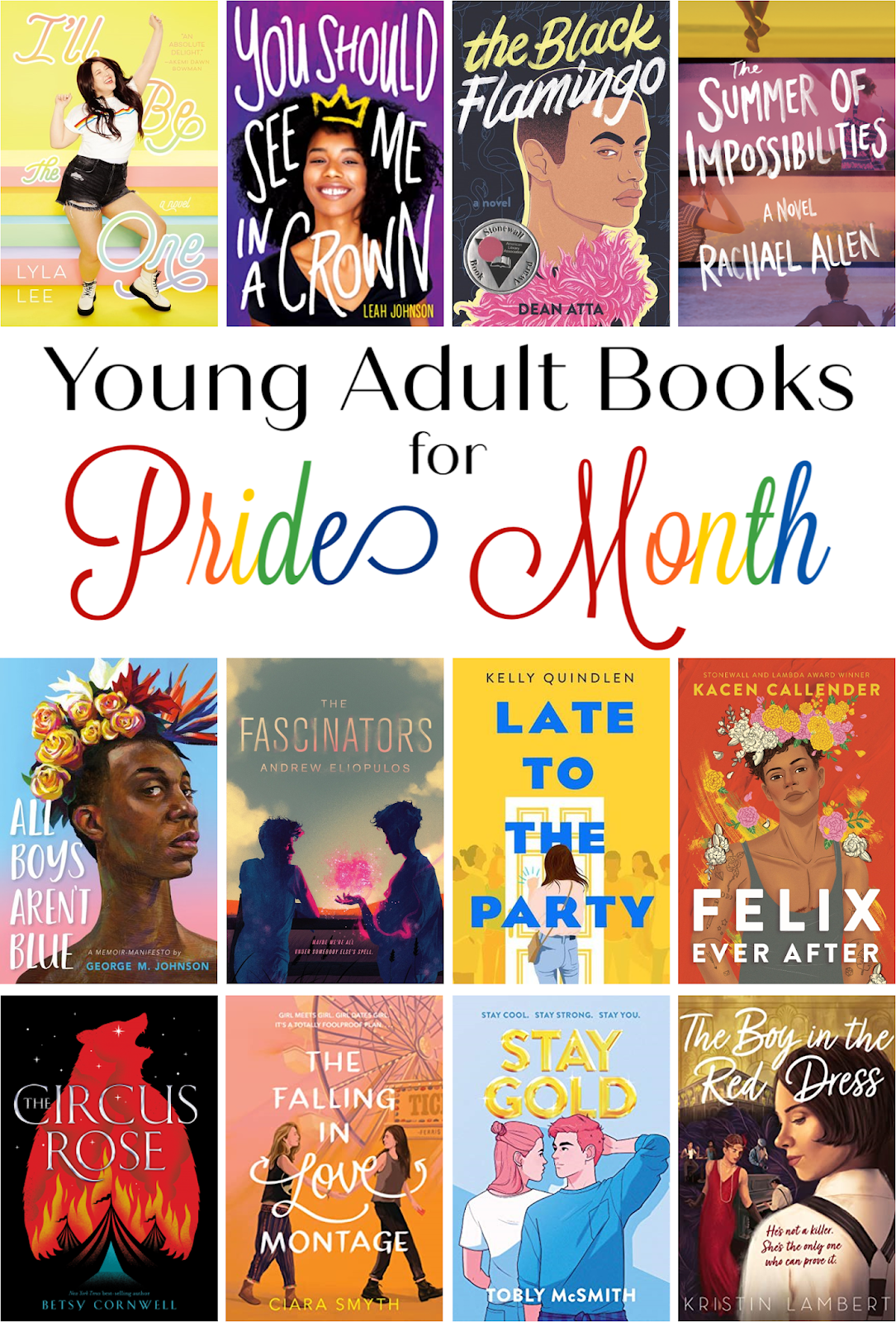 I'll Be the One by Lyla Lee
This one is for all the K-Pop fans out there. Skye Shin wants to be the first plus-sized, bisexual K-Pop star. After wowing everyone with her audition for a popular television singing competition, she is thrown into the world of reality TV drama.

You Should See Me in a Crown by Leah Johnson
Desperate times call for desperate measures. Although Liz Lightly has never had much interest in doing the prom queen thing, she really needs the scholarship that goes along with the crown. So she starts campaigning and then starts falling for her competition, Mack, the new girl in school.

The Black Flamingo by Dean Atta
In this novel in verse, Micheal, a mixed-raced gay teen, struggles to find his place. Then, at university, he discovers Drag Society and takes on the persona of The Black Flamingo. Finally he feels at home.

The Summer of Impossibilities by Rachael Allen
The perfect summer read. Skyler, Ellie, Scarlett, and Amelia Grace don't really know each other, but their moms drag them along to their reunion. This book features a budding romance between two of the girls, a hate to love romance, and friendships that will last.

The Fascinators by Andrew Eliopulos
Sam, James, and Delia are members of their school's magic club. Well, actually, they are the only members. It's magic that brought these three together, but their little group is starting to grow strained under unrequited love, frustrated ambitions, and threats from a dark magical society.

Late to the Party by Kelly Quindlen
Codi isn't really a part of the cool crowd at her high school, but when she and her friends decide to crash a party Codi meets Ricky. He takes her on epic adventures filled with late nights, new experiences, and a cute girl named Lydia.

Felix Ever After by Kacen Callender
Felix, who identifies as Black, queer, and transgender, wonders if he'll ever have a happily-ever-after. Yet somehow he ends up in  a love triangle after setting out to get revenge on an anonymous transphobic classmate.

The Circus Rose by Betsy Cornwall
This queer retelling of "Snow White and Rose Red" stars twins Rosie and Ivory who have grown up in the circus. When disaster strikes it's up to Ivory to save their home and their circus family.

The Falling in Love Montage by Ciara Smyth
Saoirse isn't so sure about love. There's too much going on in her family to believe that she could be happy right now. Then she meets Ruby who proposes a summer fling of fun dates and romantic cliches that will end in the fall no questions asked. You can guess what happens next.

The Boy in the Red Dress by Kristin Lamberti
Set in New Orleans in the 1920s, this book is a historical murder mystery. Millie takes over at the Cloak & Dagger, her aunt's speakeasy, while her aunt is out of town. The most popular act is Marion, the boy in the red dress. When Marion's accused of murder, Millie is on the case.