I've found that the best way for me to learn about racism is to listen, and a good way to listen is to start reading. Here are own voices books that tackle racial injustice, police brutality, and systemic racism. 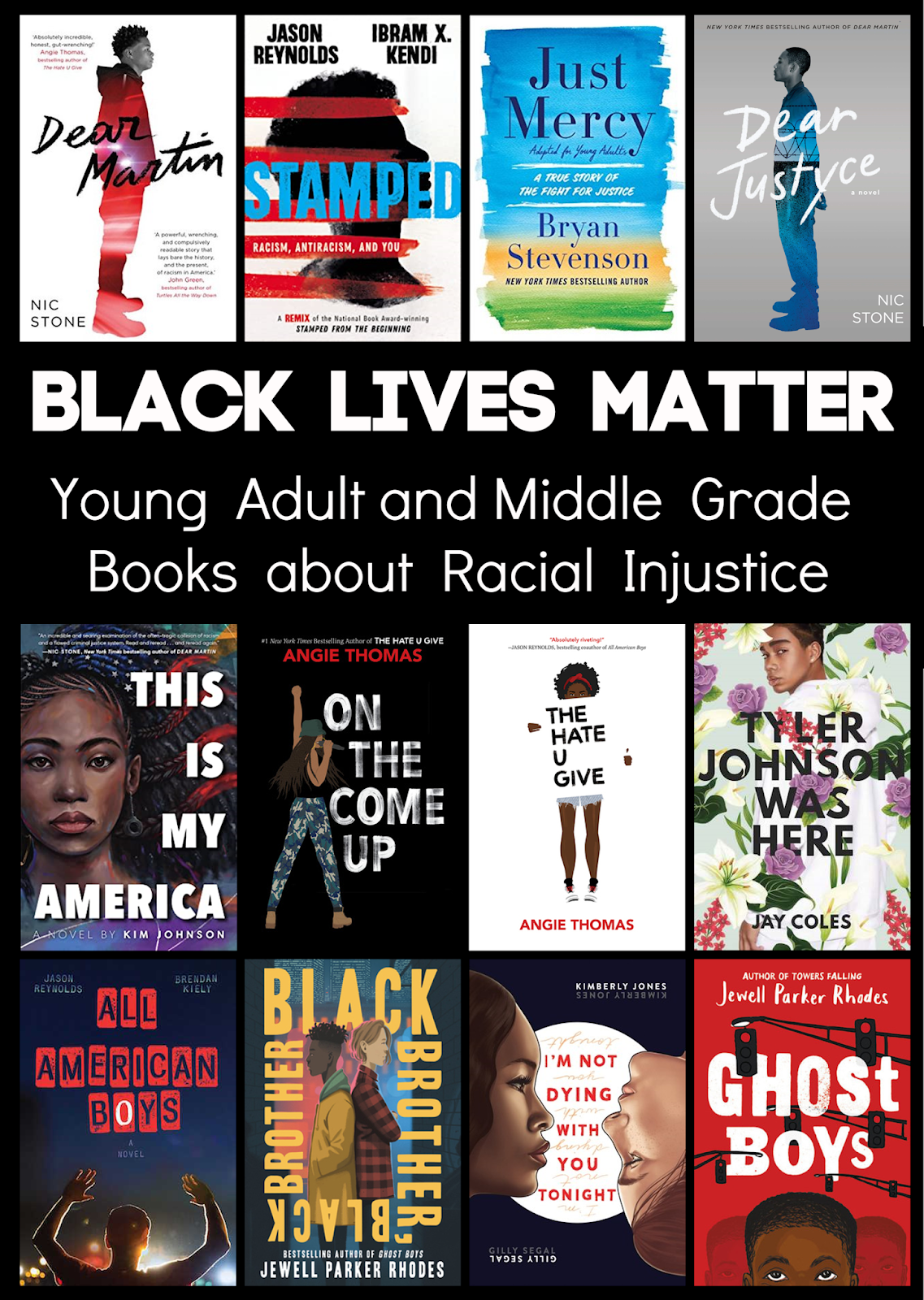 Stamped: Racism, Antiracism, and You by Jason Reynolds and Ibram X. Kendi
This nonfiction book is a reimagining of  Kendi's book Stamped from the Beginning. It discusses the history of racism in America and how individuals can move toward antiracism.

Just Mercy by Bryan Stevenson
This nonfiction book about Bryan Stevenson's fight against the systemic racism in the justice system has been adapted for young readers.

Dear Justyce by Nic Stone
Quan writes letters to Justyce while awaiting trial for the shooting death of a police officer. Nic Stone's new novel tackles the racism in the criminal justice system. This book is out in September of 2020. Add it to your TBR.

This is My America by Kim Johnson
Tracy Beaumont's father is on death row. He's innocent, and Tracy has spent years writing letters to an organization that she hopes can help him. Then her brother is accused of a crime, and Tracy is determined not to see history repeat itself. This book is out July 28th, 2020. Put it on your TBR

On the Come Up by Angie Thomas
After an incident involving racial stereotyping at her school, aspiring rapper, Bri, channels all her anger into a track that ends up going viral. The lyrics are hardhitting, and Bri soon discovers that they aren't being taken the way she intended. This book asks questions about the power of the media, stereotypes and perceptions, and what it means to "make it."

The Hate U Give by Angie Thomas
Starr witnesses her unarmed childhood friend get shot and killed by the police. Starr is the only one who knows what happened, and she has to decide if she's going to stay quiet and safe or speak the truth.

Tyler Johnson Was Here by Jay Coles
Marvin and his twin brother Tyler are at a party that turns into a shooting and then a police raid. Now Tyler is missing, and soon it's discovered that he was shot and killed that night by a police officer.

All American Boys by Jason Reynolds and Brendan Kiely
This is the story of Rashad and Quinn--a black boy who was beaten when he was accused of stealing and the white boy who witnessed it. Told in dual perspectives, this book confronts the very real aspects of prejudice, bias, and racism.

Black Brother, Black Brother by Jewell Parker Rhodes
This middle-grade books is about bi-racial brothers Donte and Trey, one presents black and the other presents white. Donte, the black-presenting brother, faces prejudice and discrimination at school, culminating in the principal calling the police in to arrest him.

I'm Not Dying with You Tonight by Kimberly Jones and Gilly Segal
Two teen girls, one black and one white, must rely on one another and confront their prejudices if they are going to survive the race riots that have broken out in their town.

Ghost Boys by Jewell Parker Rhodes
Jerome is shot and killed by a police officer who mistook his toy gun for a real one. He was only twelve. Now a ghost, he observes the aftermath of his death and its impact on his family and community.
Posted by JoLee at 7:00 AM