Guest Post: Caroline Leech, author of IN ANOTHER TIME + A Giveaway 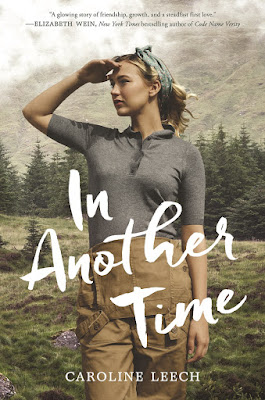 In Another Time by Caroline Leech


I'm so excited to welcome back author Caroline Leech today. Caroline is the author of Wait for Me and In Another Time. Both novels are set in Scotland during World War II. Wait for Me was one of my favorite debuts last year, and I was so happy to be back in Caroline's capable hands for another wartime story set in Scotland. In Another Time is about Maisie McCall who joins the war effort as a lumberjill with the Women's Timber Corps. Stationed in the wilds of Scotland, Maisie's company works alongside the Newfoundland Overseas Forestry Unit, and Maisie grows especially close to one member of NOFU, John Lindsay. Today for World War II Wednesday Caroline shares some of the adventures she had researching her newest book. 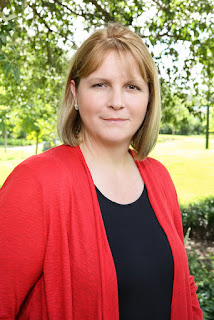 How to Write About a Nice Cup of Tea

One of the biggest challenges to face any author of historical fiction is how to create a very personal and emotional connection between the reader and someone who lived in another place and in another time . . . Hmmm, in another time, that sounds familiar…


My second novel, IN ANOTHER TIME, takes readers back again to Scotland during World War Two. As with WAIT FOR ME, my debut novel of last year, I wanted to tell a story about how much wartime changed lives, even for those people who stayed far away from the battlefront. And there weren’t many places further from the heat of battle, both geographically and spiritually, than the ancient forests of the Scottish Highlands. That’s where we first find 17-year-old Maisie McCall, as she puts down her 6lb axe and studies the bleeding blisters on her hands. Instead of going back to school after the summer, Maisie has left home to become a lumberjill.

Until an author friend sent me a link to a newspaper article with a note which simply said, “Did you know women chopped down trees during the war?” I knew absolutely nothing about the lumberjills. But as soon as she said that word, I was hooked, and I started delving into history. The Research Phase of the book began.

In 1942, the British government announced the formation of the Women’s Timber Corps (WTC). Because German submarines were consistently targeting shipping convoys bringing vital supplies, such as timber, into Britain, the country needed to turn to its own home-grown resources instead. However, because so many of the foresters—traditionally a male occupation—had joined up to fight, the Home Secretary instead put a call out to women to take their places. As a result, more than 5,000 women joined the Women’s Timber Corps in Scotland, many of them coming from city jobs as secretaries and shop girls—or in Maisie’s case, straight from school—to take on heavy physical work in the woods with axes, saws and chains. They also worked with huge carthorses and in sawmills, drove logging trucks and loaded trains. The lumberjills were given just six weeks’ training before being posted to a WTC camp somewhere in Scotland. These camps were often remote and rudimentary, and the girls often had to endure dreadful weather conditions because the Scottish winter (and even the summer too!) can be brutal. Many of them worked in the woods for four years, through the end of the war, until the disbandment of the Corps in 1946. 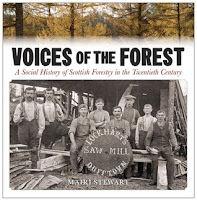 Many of the lumberjills’ memories have been collected and shared online and in wonderful books such as Affleck Gray’s Timber! and Mairi Stewart’s Voices of the Forest, and as I read them, one theme really stood out, and that was friendship.  These women got only one week’s leave each year, and so their fellow lumberjills really became their family. Many of the friendships made in the camps lasted all their lives, and that’s a long time—if 17-year-old Maisie had been alive today, she would have been 93 years old.

I was very lucky last summer to get to meet and talk to a former lumberjill about such friendships. At 19, Christina Edgar joined the WTC, bored with being an office clerk and looking to do her bit for the war effort.  She was posted to a camp near Dundee until the end of the war when she returned home to Glasgow where she married, strange but true, Jim Forrester. Mrs. Forrester, who has just celebrated her 95th birthday, came to meet me at the Lumberjills Memorial Statue near Aberfoyle, which was finally erected in 2007 after a long campaign for the WTC to be officially recognized for its war service. As we sat at the bronze lumberjill’s feet, looking out over the gloriously wooded hills of the Queen Elizabeth Forest Park, she told me stories about her WTC friends. She also remembered the other foresters they worked with, some German and Italian prisoners from nearby POW camps, and also the men of the Canadian Forestry Corps and the Newfoundland Overseas Forestry Unit (NOFU).

Of course, I already knew about the NOFU lumberjacks from all my digging around (what did authors ever do without the internet and a top-notch library service?). In fact, the moment I first discovered that 3,500 Newfoundland lumberjacks had volunteered to work in Scotland, my own plot development suddenly took off. I write love stories after all! But in introducing the handsome, if enigmatic, John Lindsay into Maisie’s story, I wasn’t straying too far from reality. Many of the lumberjills became romantically involved with the lumberjacks they worked with, and quite a few ended up marrying them after the war and returning to Newfoundland and Canada afterwards as war brides.

But in IN ANOTHER TIME, Maisie quickly realizes that John Lindsay is not what she would ever have expected a lumberjack to be. For one thing, he writes poetry, but also, no matter how close she gets to him, she’s sure that there’s even more that he’s hiding from her. So, while Maisie tries to find the real John—and how the war has torn his life apart—she ends up discovering more about herself than she could ever have imagined.

But back to that challenge I mentioned up above. Once my Research Phase was well underway (and to be honest, research never really comes to an end—even after the book is published, I’m still finding out interesting things about the lumberjills!) I faced the problem of how to create a story which would connect the reader, personally and emotionally, to a character living in another place and in another time in history. I certainly needed to do that without sounding like a school textbook reciting dates and places of important battles, and names of important men who had signed important documents. To my mind, fiction is there to tell the story behind the textbooks and the newspaper headlines. Historical novels tell the story of fictional people who live their lives within factual events, and even though they are imaginary, if the period has been researched and written well, their stories will shed a bright light on the truth of history, even if the stories themselves aren’t actually true.

One of the ways I try to create this connection between a character and a reader is to write about the fine details of their life, the small things that are familiar to any reader, like the yearning for a long hot bath with lovely scented soap after a long day of hard work. But then I counteract that with the thing that makes my character’s life so different, like the fact that in wartime, both soap and water were rationed. Maisie was entitled to just five inches of hot bathwater each week, and the only soap she’d have been able to buy using her ration book was carbolic—harsh, pink and sold in utilitarian blocks. Or, in my first book, WAIT FOR ME, perhaps the reader finds their mouth watering at Lorna’s plan to have a piece of cake and a nice cup of tea, except that 1945, the cake would have been made using powdered eggs, not fresh, and with almost no sugar (should that even have been called ‘cake’, I wonder?) because of food rationing. To make matters worse, the tea leaves she would have used were almost certainly on their fourth, fifth or even sixth use because rationing had also been introduced for tea, as well as meat, cheese, fruit and eventually even for bread.

Personal relationships too must be written in a way that is familiar to the reader, while also being so different. In wartime, all relationships were put under immense strain, which is undoubtedly why so many historical authors set their stories during or in the immediate aftermath of wars or conflicts. In WAIT FOR ME, Lorna misses her older brothers like so many little sisters who’ve been left behind, but Lorna’s brothers have not simply left home to go to college or to get a job. They’ve both gone into the Army—one to fight in an infantry battalion and one to work in the War Office in central London, a city still under threat from German bombing—and there is no guarantee that either of them will come home again. And in IN ANOTHER TIME, Maisie runs away from home, not because she’s had a fight with her parents over her curfew or an unsuitable boyfriend, but because she’s determined to do her bit for the war effort, even though she’s only 17.

So, perhaps next time you read a historical novel, see if you can spot these tricks-of-the-author’s-trade. See if you can spot where they use historically accurate detail, not to lecture you, but to enhance your understanding of a character’s life or the description of a scene. And look out for when they turn your connection to the familiar on its head, by making that mouth-watering cup of tea and cake not quite as delicious as you’d been expecting.

Talking of cake, I’m fairly sure there’s a slice of some fresh-egg, full-sugar sponge cake in my pantry, alongside a whole tin of tea-bags. And since I’m not living in Maisie’s 1942 or in Lorna’s 1945, I’m going to go put the kettle on.

Win a signed copy of IN ANOTHER TIME and a beautifully illustrated map of Scotland. Thanks to the author for providing the winnings. (International locations may enter.) 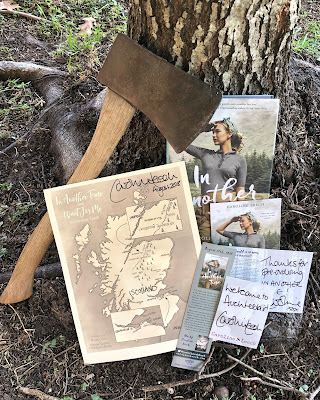 ABOUT THE AUTHOR:
Caroline Leech is a Scottish author who came to Texas in 2007 for an adventure. She still hasn’t left. Her debut young adult novel, Wait for Me, was published in January 2017 by Harper Teen, and her second book, In Another Time, was published in August 2018. Before coming to Texas, she worked in public relations for arts organizations in the UK and was the editor of the glossy coffee-table book, Welsh National Opera – the First Sixty Years. Caroline lives in Houston with her husband and their (almost) grown up children.


a Rafflecopter giveaway
Posted by JoLee at 7:00 AM