Blog Tour: Down with the Shine by Kate Karyus Quinn + a Giveaway 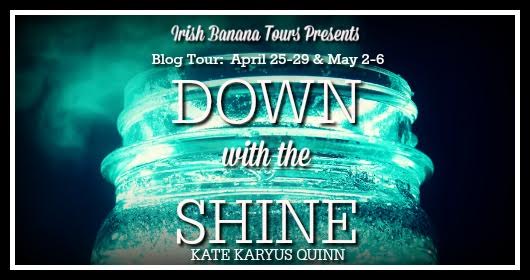 I'm thrilled to be part of the Down with the Shine blog tour! This book was so much fun. In fact, I loved it so much, that I was inspired to create a whole Reading on a Theme post around this book. Come back tomorrow to see it (and for another chance to win the book.) In the meantime, check out my review, hop over to the other blog tour hosts, and don't forget to enter the giveaway. We have three copies to giveaway! 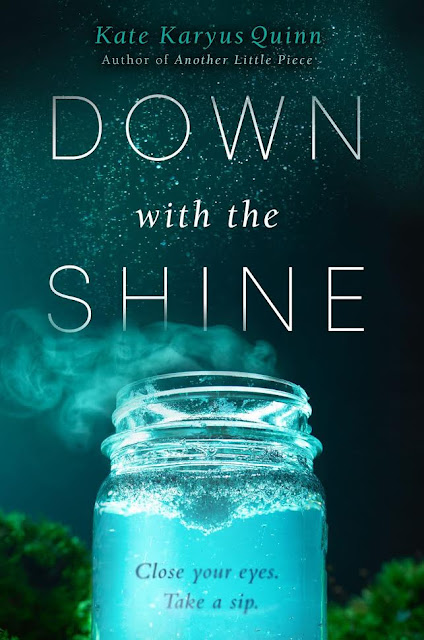 Down with the Shine by Kate Karyus Quinn

Lennie always thought her uncles’ “important family legacy” was good old-fashioned bootlegging. Then she takes some of her uncles’ moonshine to Michaela Gordon’s annual house party, and finds out just how wrong she was.

At the party, Lennie has everyone make a wish before drinking the shine—it’s tradition. She toasts to wishes for bat wings, for balls of steel, for the party to go on forever. Lennie even makes a wish of her own: to bring back her best friend, Dylan, who was murdered six months ago.

The next morning gives Lennie a whole new understanding of the phrase be careful what you wish for—or in her case, be careful what wishes you grant. Because all those wishes Lennie raised a jar of shine to last night? They came true. Most of them came out bad. And once granted, a wish can’t be unmade…

It's been awhile since I had as much fun reading a book as I did reading this one. And let me assure you, that was a very welcome occurrence.

First of all, Down with the Shine has a dark humor to it that I just loved. What made everything funnier was how all the bizarre and crazy wishes were juxtaposed with the normal and mundane. And, a wish that seems like it's all in good fun when there's no way that it can come true, can become truly terrifying when it actually does happen. The scenes at Michaela's never-ending party were particularly fraught with this hilarious brand of terror.

As the plot progresses, the reader learns that wish-granting is not the only form of magic in this alternate reality. But the other magic-welders that we do meet are connected to Lennie's father, a criminal who seems more and more sinister as the book progresses. The dark and gritty, the seamy underground and criminal aspects of the magical world in Down with the Shine reminded me of Holly Black's Curse Workers Trilogy, and I love The Curse Workers Trilogy so, so much. Discovering in Down with the Shine a book that has a similar tone and atmosphere as this beloved series, was so unexpected and marvelously thrilling.

And, while we're talking about the darker aspects, there's the whole murder of Dylan, Lennie's best friend to consider. Lennie wishes her alive again. Not a simple wish. Dylan was one of the creepier, but also sadder, aspects of the story, but the book really benefited from the emotional depth brought about by her death.

A shining ray in all this black humor, is Smith, but, as you've probably gathered, nothing is simple in Down with the Shine. Smith is Dylan's twin brother and he blames Lennie for Dylan's death. However, even at the beginning, the reader can tell that Smith's feelings toward Lennie are complicated and there's a great deal of like hidden underneath all that blame. Smith's wish backfires in a way that is both very humorous and quite endearing. And I just liked him, and I liked Smith and Lennie together. A lot.

Long story short, I gulped Kate Karyus Quinn's book down. And I'd love a sequel. 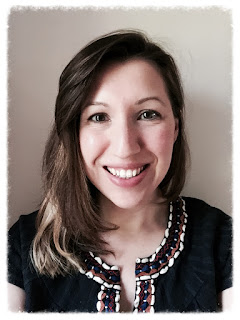 Kate Karyus Quinn is an avid reader and a menthol Chapstick addict.
After growing up in the suburbs of Buffalo, NY, Kate left her hometown for Southern California and film school, where she earned an MFA in Film and Television Production from Chapman University.
After finishing her degree, she moved with her husband to Knoxville, Tennessee. However, she recently made the move back home, with her husband and two children in tow. She promised them wonderful people, amazing food, and weather that would... build character.
She is also the author of Another Little Piece and (Don't You) Forget About Me.

a Rafflecopter giveaway
Posted by JoLee at 8:00 AM