Introducing: The Queen's Poisoner by Jeff Wheeler + A Giveaway

We've got a beautiful new book to share today, and we have five copies to giveaway! That's right, FIVE! Enter the Rafflecopter Giveaway below. But first introducing ... 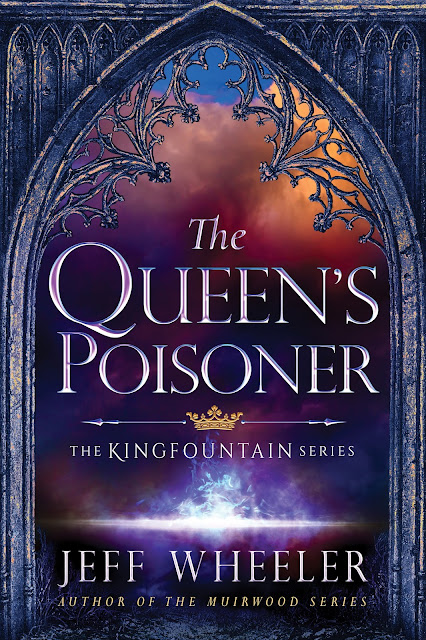 The Queen's Poisoner by Jeff Wheeler


The debut novel of The Kingfountain Series promises readers total immersion in a beautiful and deadly new world in which a young boy must accept an impossible destiny.

As usurper of the throne, the rule of King Severn Argentine’s is already highly contested. To keep his power, King Argentine rules with an iron fist and destroys any opposition. In a failed coup attempt the Duke of Kiskaddon loses his son as a permanent prisoner to the king to ensure his loyalty.

THE QUEEN’S POISONER follows the Duke’s young son Owen on his journey for redemption and revenge as he figures out how to survive the court of Kingfountain. In order to keep his head and gain the merciless king’s favor, Owen must delve deeper into the world of mystery and secrecy that surrounds him. Readers will be clamoring for the next installment of The Kingfountain Series.

I don't know about you, but I can't stop staring at that cover. The Gothic tracery, the purple cloud, that glow. It's just so pretty. The Queen's Poisoner sounds like a great pick for fantasy fans. Also, the audiobook is narrated by one of my favorite narrators: Kate Rudd. Now that I know that, I don't know how I could possibly consume The Queen's Poisoner in any other format. 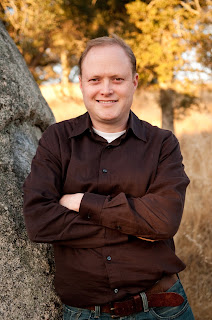 Jeff Wheeler took an early retirement from his career at Intel in 2014 to become a full-time author. He is, most importantly, a husband and father, and a devout member of his church. He is occasionally spotted roaming among the oak trees and granite boulders in the hills of California or in any number of the state’s majestic redwood groves. He is the author of The Covenant of Muirwood Trilogy, The Legends of Muirwood Trilogy, the Whispers from Mirrowen Trilogy, and the Landmoor Series.

a Rafflecopter giveaway
Posted by JoLee at 12:00 AM