Highly Anticipated Releases for the First Half of 2016

So it's February already, but I still want to get this post out there. 2016 promises to be another great year for YA. Here are fifteen books releasing in the first half of the year that we are eagerly awaiting. 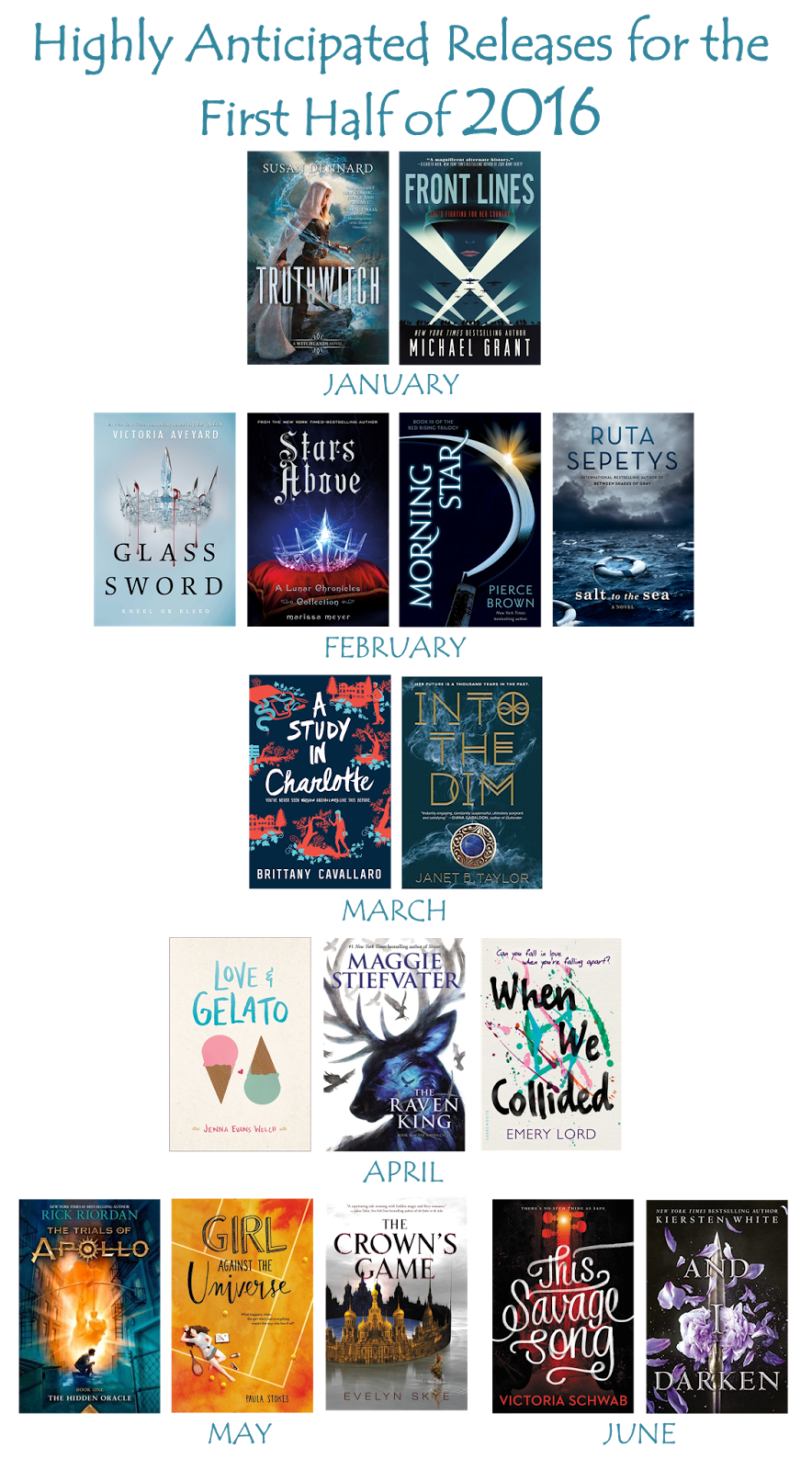 Truthwitch by Susan Dennard:
This book came out on January 5th. I've been seeing loads of 5-star reviews. I'm about halfway through this book, and I'm finding it to be pretty enjoyable.

Front Lines by Michael Grant:
Grant reimagines a World War II where women are eligible for the draft. I already read this one. It's great.

Glass Sword by Victoria Aveyard:
Red Queen took the YA world by storm last year. What will happen next!?

Stars Above by Marissa Meyer:
I just finished Winter, and I am not ready to say goodbye to these characters. A collection of short stories may be just the thing. (Out today! February 2nd, 2016)

Morning Star by Pierce Brown:
Golden Son absolutely wrecked me. How are the characters to pick up the pieces?

Salt to the Sea by Ruta Sepetys:
Ruta Sepetys is one of the best historical fiction writers out there. In this book she once again puts her hand to the World War II period. (Out today! February 2nd, 2016)

Into the Dim by Janet B. Taylor:
You know I can never resist a blue time travel novel. And Eleanor of Aquitaine? Sold.

The Raven King by Maggie Stiefvater:
This book is probably my most anticipated book of the whole year! I love The Raven Boys. I'm so eager to see how Maggie finishes out this series.

The Hidden Oracle by Rick Riordan:
We are back in the Greek mythos with this one. Back with Percy and the gang. How can I not read it?

The Crown's Game by Evelyn Sky:
Russian history. Magical duels. I am intrigued.

And I Darken by Kiersten White:
The Ottoman Empire. Vlad the Impaler recast as a girl. I love all these twists on history.
Posted by JoLee at 9:32 AM