Favorite YA Debut Novels of 2014 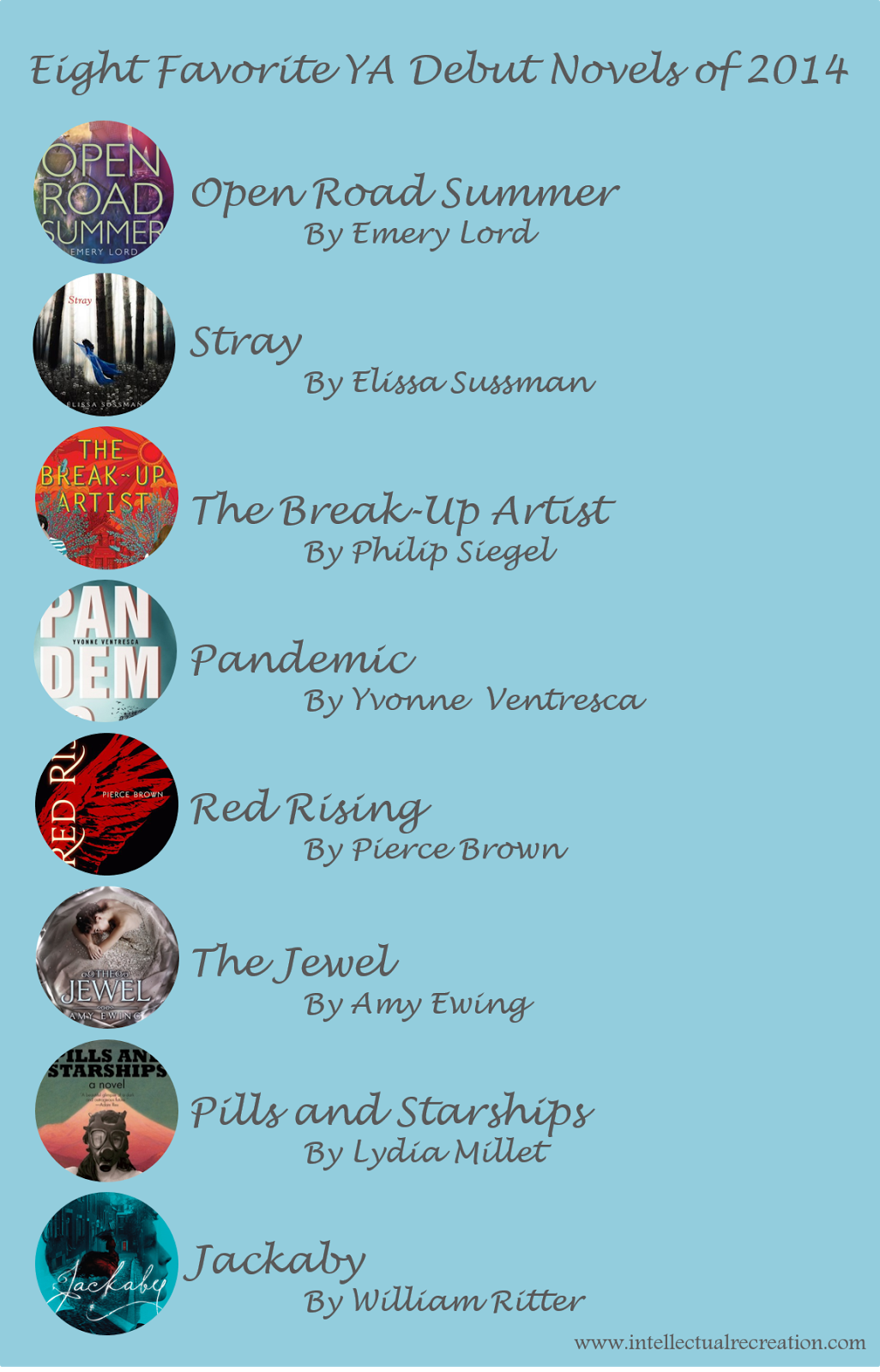 Open Road Summer by Emery Lord
This impressively fabulous debut was probably my favorite debut of the year. I loved it so much, and I can't wait to read Emery Lord's next book. (featured here)

Stray by Elissa Sussman
This twisted fairy tale with a feminist flare gives us a new take on fairy godmothers. (featured here)

The Break-Up Artist by Philip Siegel
Becca Williamson has a secret job. As the Break-Up Artist she is hired by her classmates to end relationships.The rest of the book is just as great as the premise. (featured here)

Pandemic by Yvonne Ventresca
The all-too-real story of what happens to a New Jersey girl when a deadly flu pandemic strikes while she's home alone. (featured here)

Red Rising by Pierce Brown
This book seems to be making many of my end-of-the-year lists. It's the beginning of a series with great potential. (featured here)

The Jewel by Amy Ewing
A YA The Handmaid's Tale. This is a seriously twisted dystopia. (featured here)

Jackaby by William Ritter
Not just a pretty cover, Jackaby is an historical urban fantasy with a crime fighting duo and a lot of quirk. I want to read about more of their cases. (feature upcoming)