Pair It With: Six Feet Over It and The Secrets of Lily Graves

I couldn't resist putting these two books together. Both Leigh of Six Feet Over It and Lily of The Secrets of Lily Graves have families in the funerary business. Leigh's father recently purchased a cemetery and Lily comes from a long line of morticians. Let's see how they deal with the family business, shall we?

Leigh already felt like she was an agent of death before her father went and bought a cemetery. Now that she's working for the family business dealing with burials and grieving families everyday that whole agent-of-death-thing is feeling truer than ever. Then the new gravedigger and groundsman, Dario, finds out that Leigh's birthday is on the Mexican holiday, the Day of the Dead. When Dario tells Leigh that her birthday is a gift and that she's a patron saint of death, Leigh determines to never get close to anyone again.

Six Feet Over It is equally tragic and poignant. Leigh, in dealing with her past and the death around her, must come to accept death's place in life. It's not an easy lesson, and at times I felt like I was wading through Leigh's depression with her. Dario is the little piece of light, but you worry that Leigh's feelings for him might end up crushing her even more.

Jennifer Longo's book is very character driven. As a reader you ache for Leigh to pull it together and reach out. At the same time, I felt like the book was a little slow. I was always waiting for something to happen and nothing much did. However, in the end, I think Leigh will be okay. 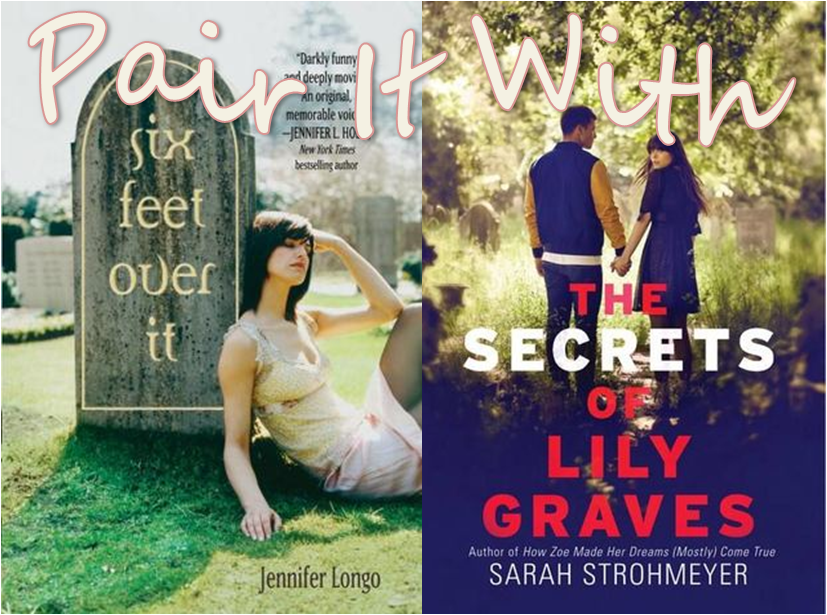 The Secrets of Lily Graves is so much fun. Lily Graves lives in a funeral home with her mom, aunt, and oma. She fully intends to take over the family business someday. She's really into death, and she's got this whole goth-look going. Lily is also one spoke of a love triangle that involves a Matt, popular jock and Erin, of high-school royalty. Erin is murdered and all the evidence seems to point to Lily and Matt. So Lily and her best friend and true crimes lover, Sara, set out to clear Lily's name.


The Secrets of Lily Graves is a book that you can't say too much about because it's best to avoid all possible spoilers. I will say that Lily is a great character. Her quirks make her interesting (funeral home, death obsession), but she's also incredibly relatable and likeable. She's also a fantastic narrator. Additionally, (and this is just want you want in a thriller) Sarah Strohmeyer's mystery is nice and twisty. I thought I had it all figured out early on, but I was wrong.