With the release of the highly anticipated Blue Lily, Lily Blue, the third book in The Raven Cycle, Paige and I are celebrating all things Maggie Stiefvater with a joint most-read authors post.

I (JoLee) like to think of myself as a Maggie Stiefvater original. The reason being that I read Lament, her debut novel, before she had published any other books. I can thank Angie at Angieville for this, just as I can thank her for introducing me to so many great authors. I loved Lament so much that I was really itching to read Ballad, but it wasn't out yet, so I read Shiver when it came out in August instead. And from that point on I have kept up with Maggie Stiefvater's new releases.

I (Paige) heard JoLee talk about Maggie Stiefvater often, but she never recommended her books to me. When I called her on it, JoLee told me wasn't sure I'd love them because paranormal isn't always my thing (which is true). I read Lament and Ballad, but it was The Scorpio Races that solidified my fandom. I have now devoured all her books. 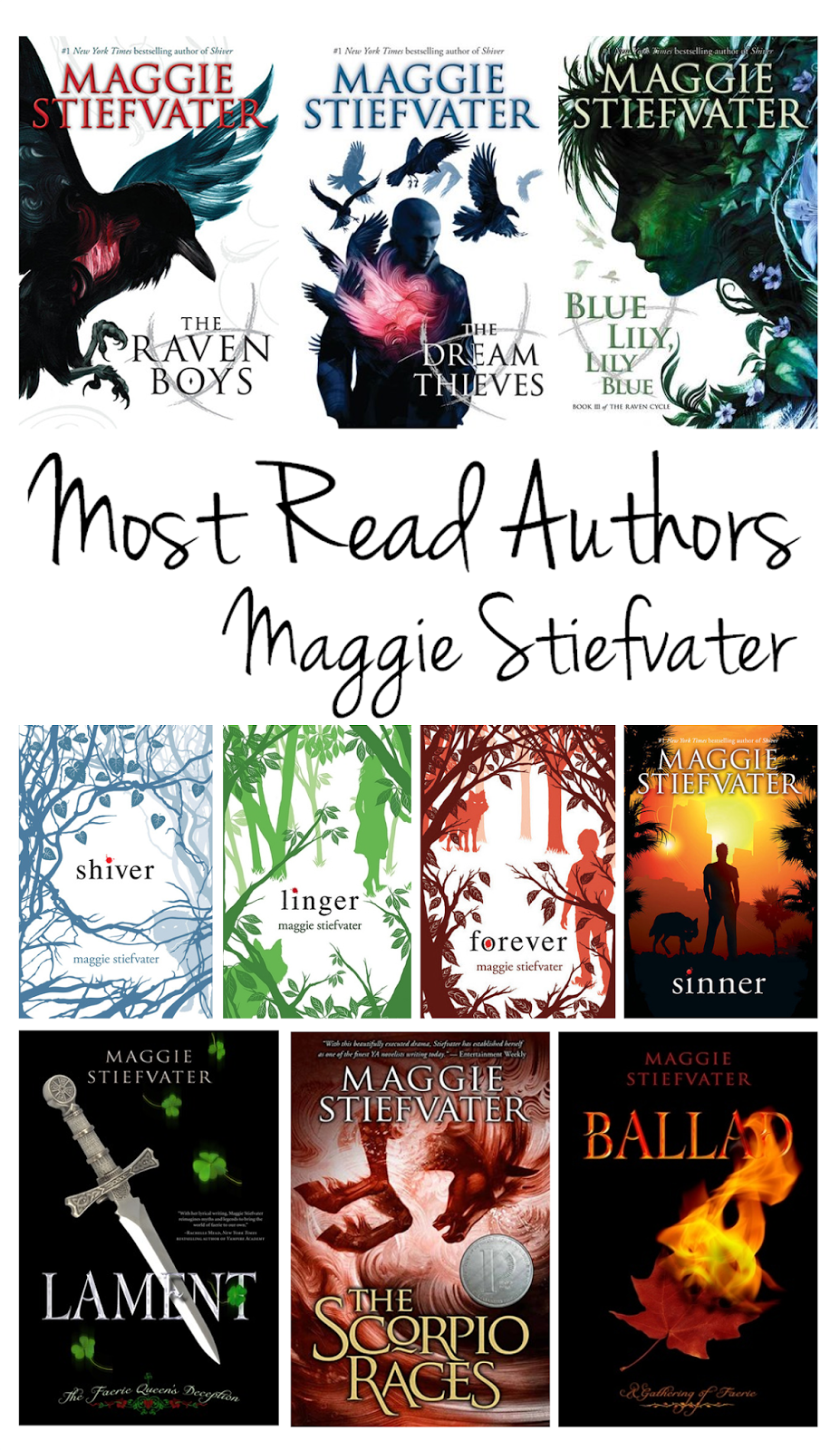 I've (JoLee) met Maggie in person twice (so we are totally on a first name basis, right?) The first time was when I was living in Kansas City, and I dragged (okay, so they didn't take much convincing as they were already huge fans too) my whole book club with me to the event. 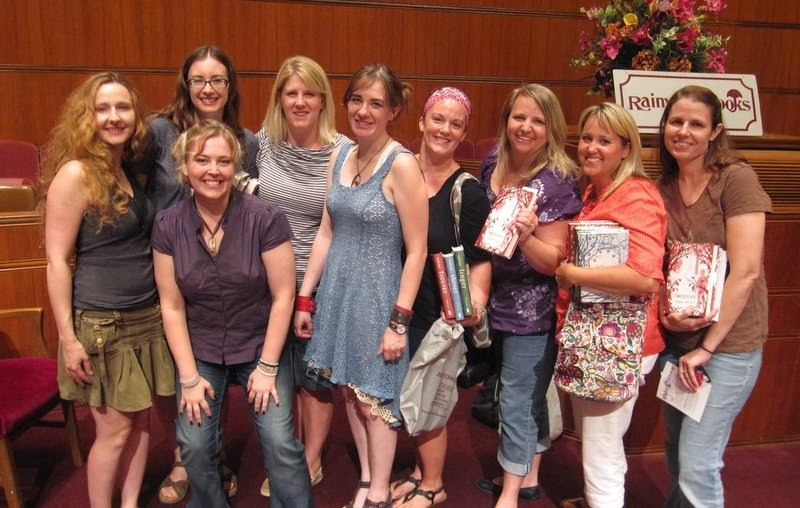 Maggie is funny and charming in person, and during the question and answer period she called on me. Hooray! At this signing we had the added bonus of meeting Brenna Yovanoff and Tessa Gratton, and you know I love them too.

In July I went to see Maggie in Baltimore. I was extremely late due to children and grown-up responsibilities and ended up last in line. The upside to being last is that I got a doodle. I told Maggie how nice it was to see her again and about how my sister was planning on going to a signing on this tour too, probably in Denver.

I (Paige) was really bummed when I realized I was going to be out of town when Maggie came to Utah until I realized we would be in Colorado at the same time. I invited my cousin, Emily, to join me at the Denver signing, and we had a great time talking about books and meeting Maggie. Em told her she had never read one of her books, and I told her she met my sister in Baltimore. The lady behind us in line took this picture with my ancient phone. 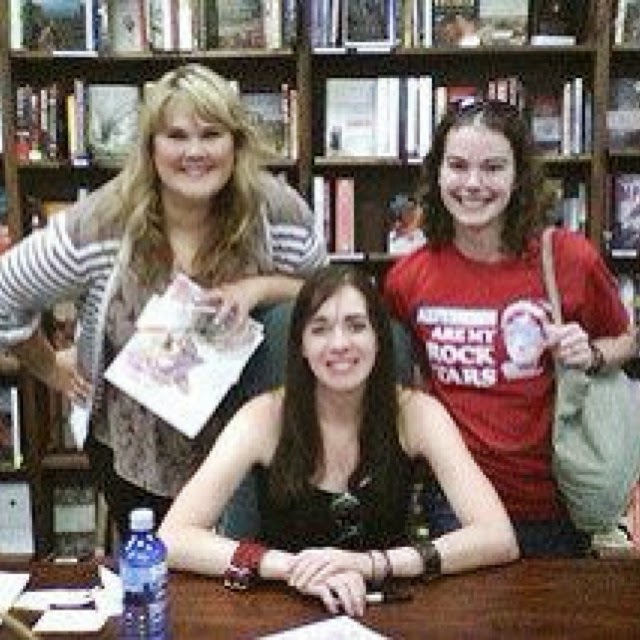 You know you've found the author for you when thinking about your favorite book sounds like this: "Ballad is definitely my favorite. No. The Scorpio Races. No. I'm crazy about The Raven Boys."  2014 has been a good year for Stiefvater fans with the release of both Sinner and Blue Lily, Lily Blue. 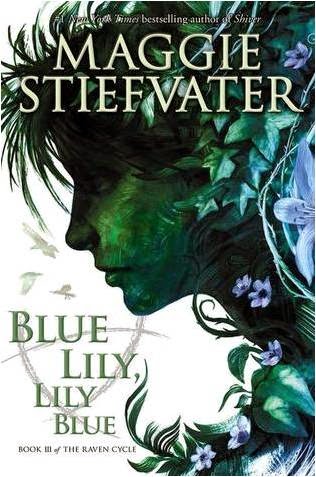 I closed Blue Lily, Lily Blue last night in that sweet place where you know that the book is going to linger in your mind for a while and, in order to hold onto all those feelings, you avoid thinking about anything else.

The level of anticipation for Blue Lily, Lily Blue has been off the charts. Paige and I have been talking about it for months. And wow. I couldn't be more pleased. Not only is it a fabulous sequel, it is also perfectly suited for this time of year (and you know how crazy I am about seasonally-appropriate reads). The whole time I was reading the book I kept thinking about how amazing it would be to do a Raven Boys road trip. I don't live that far from Virginia. Maybe I could make that happen.

Blue Lily, Lily Blue is everything we've come to expect from The Raven Cycle. Blue, the boys, and the women of 300 Fox Way are searching for Maura who mysteriously disappeared at the end of The Dream Thieves. They are so close to finding Glendower that they can almost taste it, and the stakes keep getting higher the closer they get. The ending of this book was intense and unexpected. I love how Maggie Stiefvater keeps shuffling the villains around in this series.

One of the overarching themes in Blue Lily, Lily Blue is how unknowable and yet how very connected this little group is. "Gansey thought of how strange it was to know these two young men so well and yet to not know them at all" (Chapter 37 in my review copy). I love how this idea is woven through the story. I also just adore the characters in this book. I'm not going to list my favorites because I can't possibly choose. These characters belong together. And speaking of belonging together, the way that all of the characters are woven together is more intricate than we could have guessed. Blue Lily, Lily Blue is out October 21st, 2014. Review copy from NetGalley. 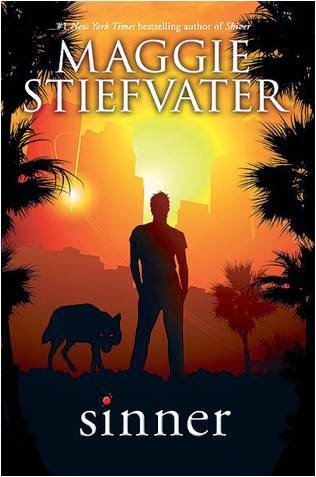 I fear that lightning may strike me down, but the Mercy Falls books were not my favorites. I enjoyed them, but really my favorite things about them were Cole and Isabel. You can imagine my delight in a book focused on them and their story.

Cole is in LA to film a reality show with his newly formed band. At least that's what the outside world thinks. In truth, he's there for Isabel. Isabel is dealing with the separation of her parents and trying to survive her job at the high scale, trendy boutique, .blush. And now the two are in the same city, trying to decide if this could work.

Isabel and Cole were not in healthy places when last we met, and I thought Maggie allowed them to grow and change in this book beautifully. Their better sides came out more and more as the book progressed, and I found I liked them more and more.

Isabel and Cole really fit in LA, making the setting perfect for the story. Both were so out of place in Mercy Falls. The setting is rich and interesting--I would expect nothing less from Maggie Stiefvater--and felt very real and true to life. I loved all the interesting characters in Sinner. Leon was one of my absolute favorites and I also loved Sofia. Sinner was a great return to the world of the Shiver series.