Today I'm thrilled to be linking up with Everyday Reading, one of my very favorite blogs. Janssen writes about her family, style, food, and of course books. She is living abroad in London for the next three months, so there are lots of fun travel posts right now too. 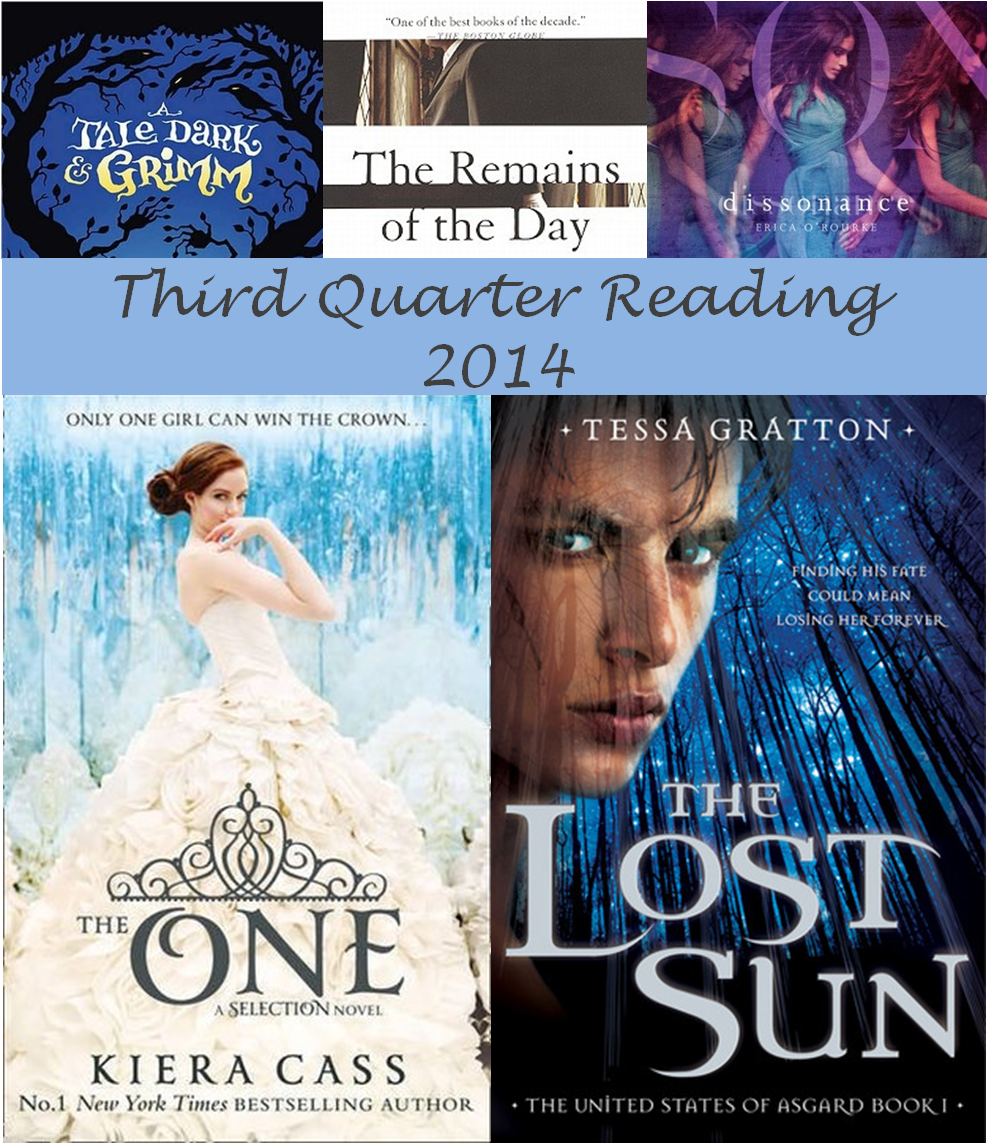 This quarter I read 35 books. 10 of which were audio books. Some you have already seen on this blog. Some are slotted for upcoming posts, and some you may never see on the blog again.


I kind of have a thing for parallel reality books right now. This is a fun one.

I have loved all of Lindsey Leavitt's books, but this is my favorite.

America kind of drove me crazy by the end of the series.

A ghostly story that could be fun for Halloween or winter.

Not my favorite book club pick.

I loved this one with an unreasonable fervor.

A fantasy that kind of dragged.

A fantasy that completely won me over.

All of my friends have read this series, but I don't think I'll pick up the next book.

I didn't love the sequel to The Lost Sun with the same burning passion, but it's still a great series.

This is a fantasy-lover's dream. It's a great series for people who miss Harry Potter.

My second Jojo Moyes book. I liked it better than The Girl You Left Behind.

It started off a little rocky, but I loved Lara Jean by the end.

I listened to the audio book and was so delighted to find it has the same narrator as Seraphina.

Fabulous sequel to The Burning Sky. I can't wait for the next.

This heady romance made me stay up way too late.

Another book club book. I loved it when I was a kid and enjoyed the nostalgia as an adult.

I don't think it's the tour de force that many seem to, but it's definitely something special.

The Handmaid's Tale for young adults.

If you can handle the depressing subject and self-destructive teens, it's well written,

I couldn't finish this one.

The Asian-inspired setting is really interesting. And the mystery/ fantasy hybrid reminds me of Terrier by Tamora Pierce.

This book seemed to get a lot of ad space, but it's not my favorite historical fantasy.

I was absolutely blown away by this post-apocalyptic novel.

The anti-Isla and the Happily Ever After

Suffrage and hypnosis. It's an interesting pairing.

The final book club pick on this list. I think Julian Fellows took his inspiration for Carson from this book.

I've never had an author take me into a beating heart before.

A cute tale of a teenage matchmaker.

On the one hand I read it super fast, and, on the other hand, I am flummoxed that the girls haven't resolved any of these issues in ten years time.