I love this underrated gem of a fantasy trilogy. In fact, I love it so much that I reread books one and two before tackling book 3 this summer. I'm not much of a rereader, but the plots in this series are so intricate, and I wanted to make sure I did not miss a thing. 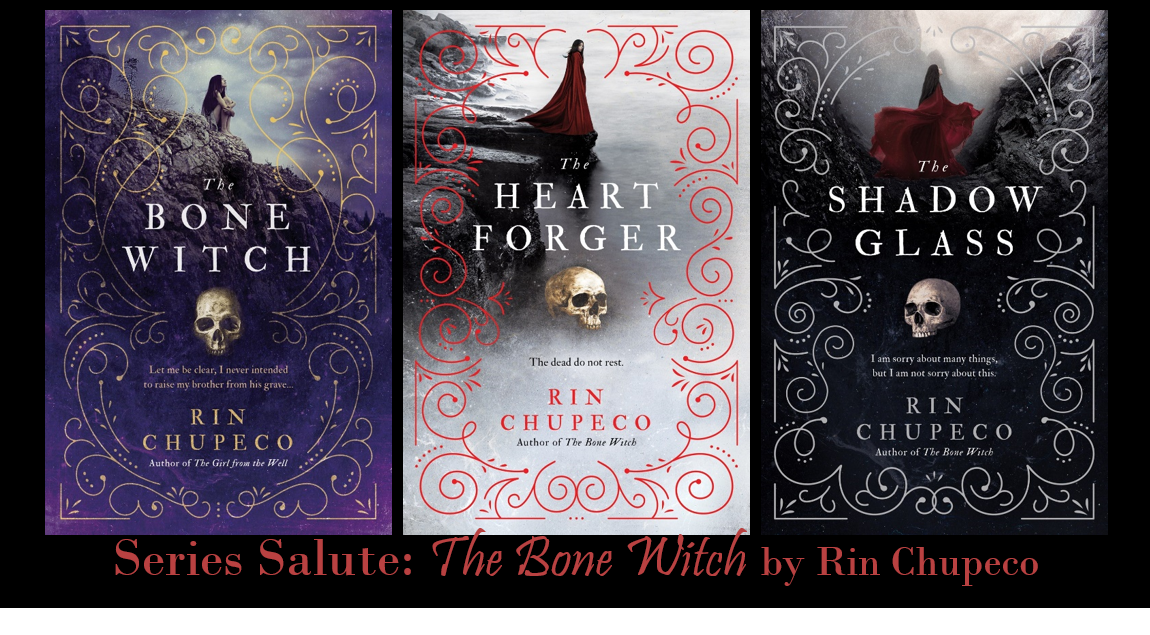 Tea is a bone witch, meaning she can raise beings from the dead. She discovers her power at the age of twelve when she raised her brother Fox from the dead during his own funeral. Powerful and feared, Tea must leave home to train with a more experienced necromancer. In the first book, as we read about Tea's emerging powers, her training, and her friendships and rivalries. In the second book, conspiracies in the kingdoms start to unfold, and in the third book Tea's destiny and the fate of the kingdoms are at stake. All three books are told in dual timelines, so we get hints of what's to come all along the way.

1. The Imagery
The imagery in this series is absolutely stunning. It has a bit of an Asian-inspiration, but it's also so clearly it's own world, and the world building is stunning. It is, in every way, a fully formed world.

2.The Creepy Atmosphere
I just love a book that's thick with atmosphere. A lot of the creepiness (you know it has to be in there; Tea raises the dead and can control monsters) is created through atmosphere alone. Some of the monsters in this world are truly terrifying.

3. Tea
Tea always has something up her sleeve, and she's always getting into some kind of trouble. She is also smart, caring, and willing to risk so much to do the right thing. Tea is powerful, and that power puts a target on her back.
4. The Magic
The wearable hearts' glass is a really fascinating concept, and I love everything about it. The job of the Heart Forger, who must collect memories to make new hearts' glass, is one of favorite elements in this fantasy.

5. The Daeva
The daeva are monsters that rise from the dead on a given schedule, and Tea and other necromancers must send them back to death. The descriptions of these creatures are so vivid.

6. Tea's Friends
I love the royal trio of Prince Kance, Khalad, and Kalen as well as Likh. This crew gets Tea into a fair amount of trouble, and their loyalty gets tested at times, but by the end of the series, it's clear that Tea could not have succeeded without them.

7. Tea's Asha Sisters
The sisters in Tea's Asha-ka, Mykaela, Lady Shadi, Lady Zoya, Polaire, and Altaecia, are characters I could not do without. Although, there were moments with this crew that broke my heart a little.

8. Fox
As Tea's first resurrection and Familiar, Fox is forever linked to Tea. I love seeing a good sibling pair in fiction, and it's particularly satisfying to see one in a fantasy novel.

9. Intricate Plotting
This series is so carefully crafted. Many times I felt like I did not fully understand how this world works, and I'm not sure that I'm supposed to know. All I know for certain is that I loved the ride.