The Caraval Series by Stephanie Garber was such a fun ride. I thought the series got better with every book and went out with a bang. (Series featured here and here.) 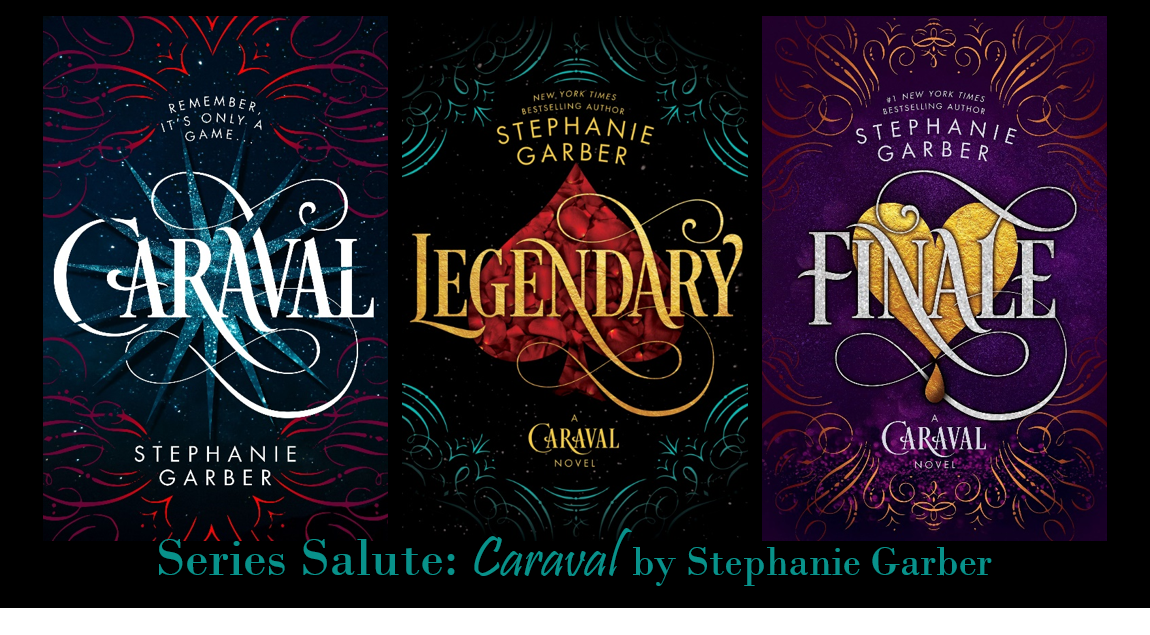 
For years sisters Scarlett and Donatella Dragna have dreamed of escaping life with their oppressive father and attending Caraval, a traveling circus-like extravaganza where the visitors are part of the show. When they finally get their chance, the sisters find themselves at the heart of Caraval's high-stake competition. The game is suddenly very real. The first book in the series follows Scarlett as she searches for her sister amidst the magic and mystery of Caraval. With the second book, Donatella gets top billing as Caraval moves to the capital city. The series concludes with both sisters sharing the spotlight as the stakes grow ever higher.


Why I Love Them


1. The Magic of Caraval

The magic of Caraval is what initially drew me to the series. The dreamlike setting has Scarlett questioning what is real and what is not, and the reader is right beside her asking those same questions.

It's hard to always be the responsible sister! I love how much Scarlett grows in this series and that she learns to stick up for herself.

I'll admit, Tella is my favorite of the Dragna sisters. A bit impulsive, Tella is such a fun narrator. I love how lively and determined she is.

I love a book about sisters, and the Dragna sisters are there for each other. Except when they're not. It's hard to navigate the world of Caraval, which seems intent on pulling people apart.

We could not have Caraval without the creator. Whether Legend's identity is shrouded in mystery or he's right there in front of the characters, there is nothing straightforward about him.

The Fates are intriguing and pretty frightening, and they add so much to the series. I loved book two and three when the mythology and reality of the Fates becomes a key element to the mysteries.

Both Scarlett and Tella get wrapped up in a bit of a love triangle. I know a lot of people aren't huge fans of love triangles, but I really enjoyed how Stephanie Garber handled the multiple love interests in her series.

I love a good atmospheric setting, which is one of the reasons I love the mystery of Caraval. Caraval combined with the capital city's creepy shops, beautiful palaces, and mystical temples ups the intrigue.

I'm a big fan of audiobooks, and the narrator for the Caraval series, Rebecca Soler, is one of my favorites. She brings so much to the story.
Posted by JoLee at 7:00 AM