Last year I read two nonfiction books about twentieth-century Russian history. I cannot say enough good things about Candace Flemings' The Family Romanov and M.T. Anderson's Symphony for the City of the Dead (featured here). Both were absolutely fabulous, and I walked away from them with larger understanding of the Russian Revolution and the early years of the Soviet Regime and a desire to read more about that time. Enter Blood Red Snow White. I'm so excited to be part of the tour for this fascinating book. 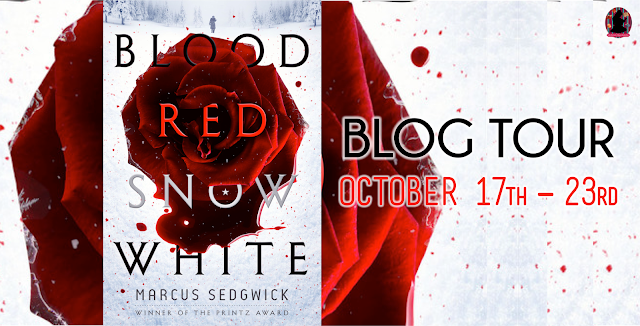 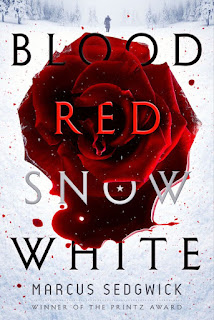 Published in the US by Roaring Brook Press - October 2016


It is 1917, and the world is tearing itself to pieces in a dreadful war, but far to the east of the trenches, another battle is breaking out - the Russian Revolution has just begun...

Blood Red, Snow White captures the mood of this huge moment in history through the adventure of one man who was in the middle of it all; Arthur Ransome, a young British journalist who had first run away to Russia to collect fairy tales.

Told as three linked novellas, part one captures the days of revolution but retells the story as Russian Fairy Tale, with typical humour and unashamed brutality. Part two is a spy story, set over the course of one evening, as Ransome faces up to his biggest challenge, and part three is a love story, full of tragedy and hope, as every good Russian love story should be.

The Russian fairy tale aspect is probably strongest in the first novella that chronicles the lead-up to the Russian Revolution. The writing, the pacing, and the charging Russian bear all lend a fantastical quality to the historical events, yet they remain tragic and bloody, as Russian fairy tales often are.


The World was changing. Nothing could stop that. There can be no magic by daylight, it is a thing of the dark and shadows and the black and white of nighttime, and just as that is true, it is also true that fairy tales cannot live in the modern world of color. The time for princes and tsars and grand duchesses and especially holy madmen was gone. In its place came a world of war and revolution, of tanks and telephones, or murder and assassination (from Part I: A Russian Fairy Tale).


Russian fairyland is quite different... Somewhere in that great forest of trees--a forest so big that the forests of England are little woods beside it--is the hut where old Peter sits at night and tells these stories to his grandchildren (from the epigraph).

Other than his name, I did not know anything about Arthur Ransome before reading this book, and I found his life fascinating. Ransome had to navigate through a very dangerous time in Russia. He knew many important political figures of the day, including Lenin and Trotsky. He fell in love with Trotsky's secretary and risked his life for her. As a man trapped between two worlds, Ransome was never safe.


I thought I knew what I was doing, and why. Or should I say, who I was doing it for, but life is never that simple, and with hindsight we see our lives laid out behind us and we think; God damn me to Hell, I was a fool (from Part 3: A Fairy Tale, Ending).

Sedgwick's story is just intricate enough to be very interesting and so readable. I loved the tone of the book and the mood established by the fairy tale structure. My days reading about Russia are far from over.


Follow the Blood Red Snow White Blog Tour and don't miss anything! Click on the banner to see the tour schedule. 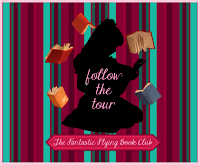 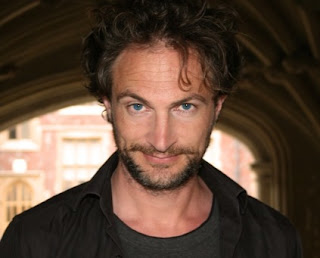 
Marcus Sedgwick was born in Kent, England. Marcus is a British author and illustrator as well as a musician. He is the author of several books, including Witch Hill and The Book of Dead Days, both of which were nominated for the Edgar Allan Poe Award. The most recent of these nominations rekindled a fascination with Poe that has borne fruit here in (in The Restless Dead, 2007) the form of "The Heart of Another" - inspired by Poe's "The Tell-Tale Heart." Of his story, Sedgwick says, "This was one of those stories that I thought might be a novel originally but actually was much better suited to the tight form of the short story. I had the initial idea some years ago but was just waiting for the right ingredient to come along. Poe's story, as well as his own fascination with technique, provided that final piece of the puzzle."

He used to play for two bands namely playing the drums for Garrett and as the guitarist in an ABBA tribute group. He has published novels such as Floodland (winner of the Branford Boase Award in 2001) and The Dark Horse (shortlisted for The Guardian Children's Book Award 2002).