I've been admiring the costumes posted here and there on the web. Nate's cousin Miriam was Little Red Riding Hood. She bought this dress when she lived in Germany and made the cape herself. 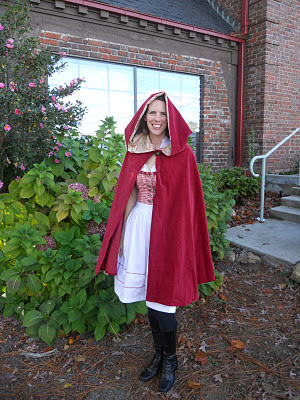 Doesn't she look cute? I thought so too until I saw this picture and got really creeped out. 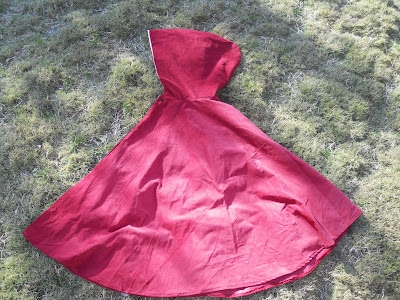 This is Miriam's cloak. She spread it out on the ground to show us the general shape.What's so creepy about a red cloak on the ground? Oh so much. Let me explain.

On our way to Maryland we made a stop in Chattanooga to visit my cousin. (I'm noticing a cousin theme.) While there we went to the Hunter Museum of American Art, and they had an exhibition of Beverly Semmes's art.

Beverly Semmes works with fabric to create oversized dresses (anywhere from 7 to 30 feet long) that pool onto the floor. They often have a period feel to them. 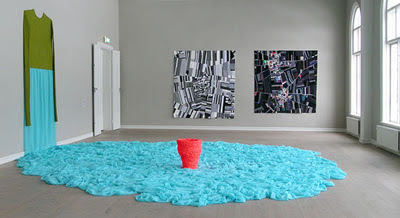 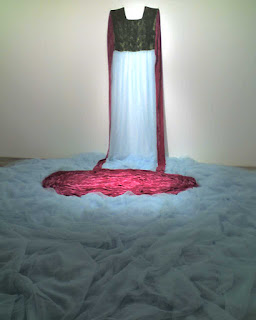 Beverly Semmes's avenue into fabric installations actually began with her photography. She made the clothing that her models wore. In the exhibition that we saw most of the photographs on display were taken outdoors, in the woods. 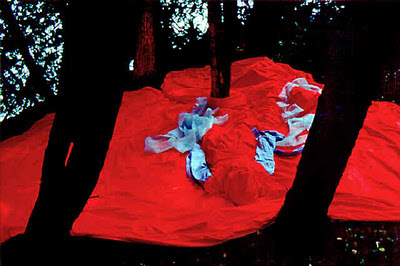 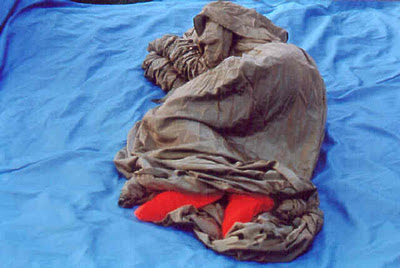 So when I saw Miriam's red cloak spread out on the ground I had an immediate flashback to Beverly Semmes's photography. Bright red was obviously a very important color to her at this particular point in her career (late 1990s). And clearly these photographs are creepy with their prone, shrouded, faceless figures. The red stockings peeking out from beneath that drab cloak make me shiver.

And, as if Beverly Semmes's photography isn't creepy (in the best possible way) enough in its own right, while I was at the exhibition I could not help but recall M. Night Shyamalan's 2004 film The Village. The red, the cloaked figures alone in the woods. You get the idea. Here are some images from The Village: 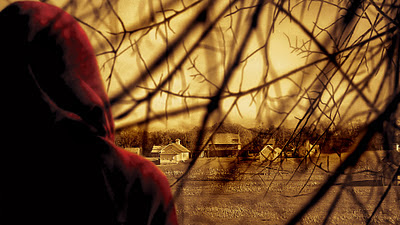 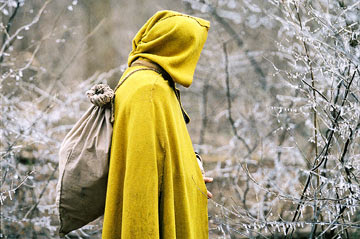 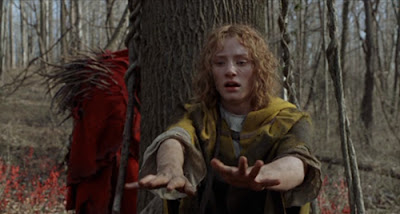 And here is one last photograph by Beverly Semmes:
Starcraft 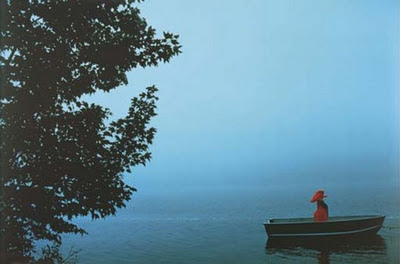 Are you sufficiently creeped out?

In summation, let's tally up the creepiness:

This "Miriam as Little Red Riding Hood to Beverly Semmes's photography to The Village" is actually a perfect circle because I first saw The Village at Miriam's parent's house. Yes, the three shall always be inseparably and creepily connected.
Posted by JoLee at 4:53 PM

Email ThisBlogThis!Share to TwitterShare to FacebookShare to Pinterest
Labels: art